The boat in 1968 was regarded as one of the fastest boats in the world with diesel engines. Originally equipped with two Cummins 370 Hp and immersed propellers. They were than replace with two stern drives LDU (Levi Drive Unit) equipped with surface propellers working for a pair of diesel engines Caterpillar 425 hp each one.Launched at Anzio in 1968 for Roberto Olivetti, Hidalgo has much in common with its predecessors: G50 built for the Agnelli and Barbarina for built for Conte Augusta. Hidalgo had an operating range greater than 300 miles and a top speed of about 40 knots.

Hidalgo therefore benefits, not only of a lightening of the weights, but also to a higher power by the original 740 hp to about 850 hp. In this way the performance of the boat improved considerably to reach the maximum speed of 42 knots and cruising speed of 35 knots.

In the spring 2016 Hidalgo was moved in Vismara Marine shipyards for a complete refitting and improvement of all the onboard systems together with the Shipwrights of Cantiere Navale Checchi. All hull structures were first cleaned and then reinforced. All the woods have been treated to improve their appearance and the mechanical characteristics, with epoxy resin applications. The old 425 hp Caterpillar engines were replaced with two 550 hp Cummins turbocharged engines that will power the two propellers LDU also completely overhauled. To increase comfort and improve performance the old flaps were replaced with new plus. The refitting of the team work Vismara Marine has not stopped the maintenance and updating of the systems but also continued in the layout of the deck to make this beautiful and historic boat shine again. 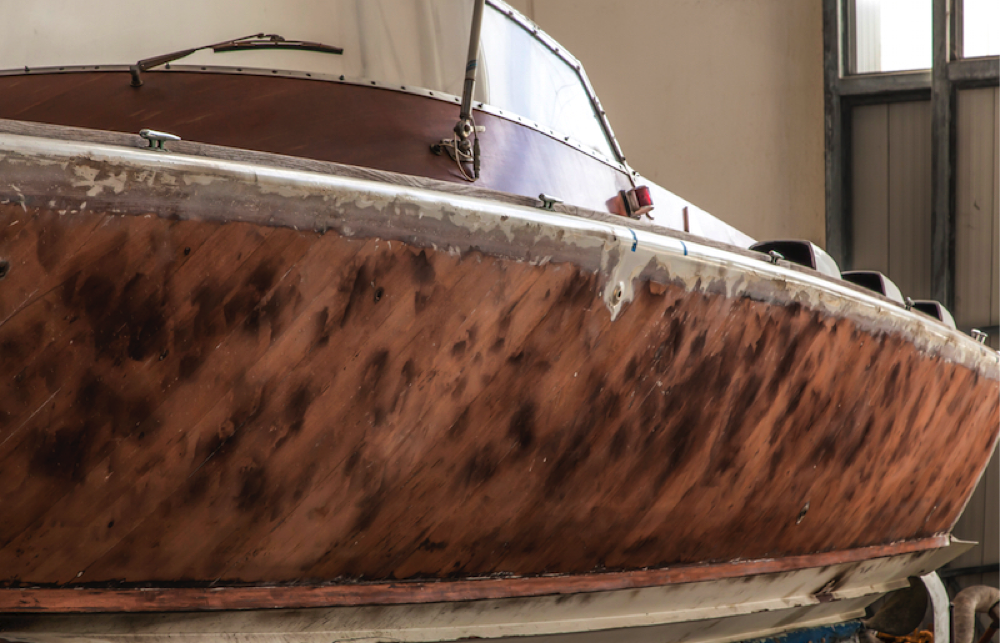